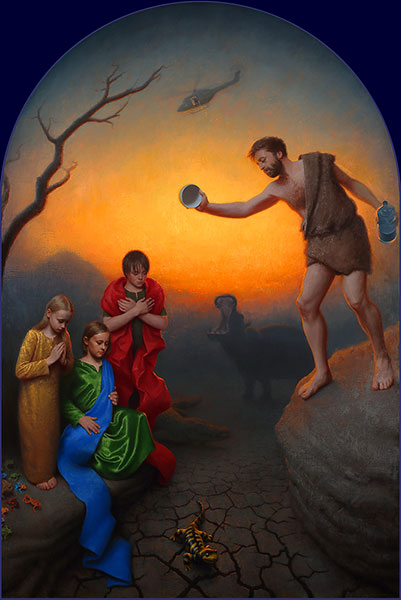 Giovanni Bellini's 'Baptism of Christ' is the original inspiration for this painting. As often happens when I take a classic painting as a model, I end up altering it in ways that I believe say something about our current situation and the cultural and philosophical distance between our different times.

In the Bellini, man is represented as in harmony with Nature and blessed by a caring God. Made in God's image, he is the middle term and vital link between God and Nature; secured in a vast providential order.
If today ‘God is dead’ and materialism rules; if we can perceive no providential moral order, no superior power that will stop us destroying the planet―and ourselves along with it―should we choose (or worse, not choose, but do it anyway because we couldn’t help it), how does one even begin to imagine or describe this situation in a painting?

I think of this as an environmental catastrophe painting and ironic commentary on our attempts to care for, make sacred, 'save' nature (and, of course, ourselves) from the ravages of heroic materialism, consumption, wholesale industrial planetary exploitation. Replacing the River Jordan with a parched river bed, the Christ figure with an amphibian (a creature which, if ever there was one, shouldn’t require baptism, the Water of Life being its native element); replacing God the Father with a central banker dispensing ‘helicopter money’ (a technocratic saviour whose QE creation of value ex nihilo parodies divine beneficence), having my children (whose whole future is at stake in our little game) play the witnessing ‘angels’ and myself as John the Baptist (‘a voice crying in the wilderness’) dispensing futile blessings from a plastic bottle; all these inversions and substitutions are intended to dramatise our current situation and how different it is spiritually from the world that Bellini inhabited.

If our own fate and that of our planet lies essentially in our own hands, must we put faith not in God but in ourselves? Assume powers and responsibilities that were previously considered divine (‘The God Species’, ‘Homo Deus’ )? Accept a burden of responsibility that we seem barely able to comprehend, let alone act upon, and that threatens to overwhelm us: what might look, from Bellini’s perspective, like insane hubris? Or do we shirk that responsibility; accept our foolishness and our ultimate doom, and live for today alone? 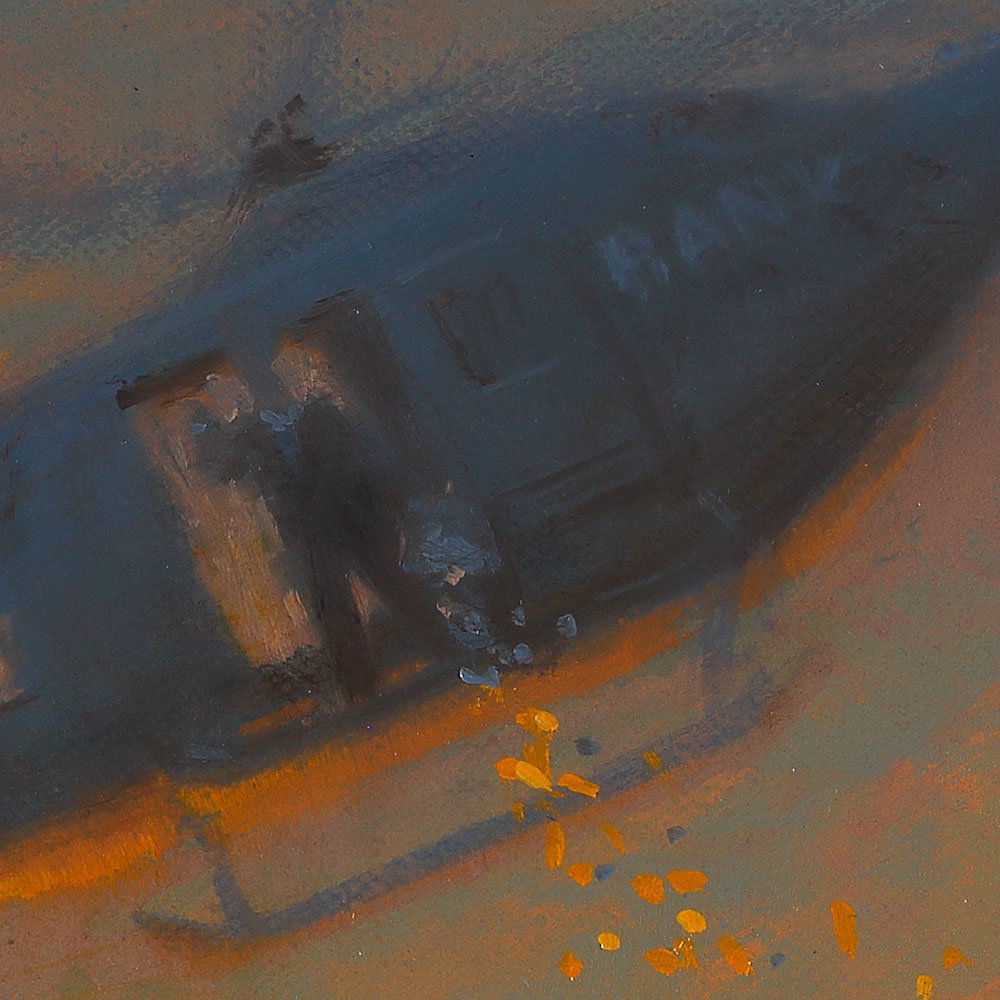 For Christians or theists who might read my substitution of Christ for a salamander as an insult or a spiritual perversion or an expression of modern godlessness, I propose the following defence: in Roman imperial times, in a society built on gross human exploitation, God was discovered in the humblest human form imaginable: an outcast and a beggar. In our day, whatever hope there is that we will not entirely consume our planet’s natural bounty may rest in discovering something sacred in even the humblest and most ‘useless’ of our fellow creatures. In this sense, my picture may be less about the absence of God than our failure to recognise ‘him’ in an unexpected form. 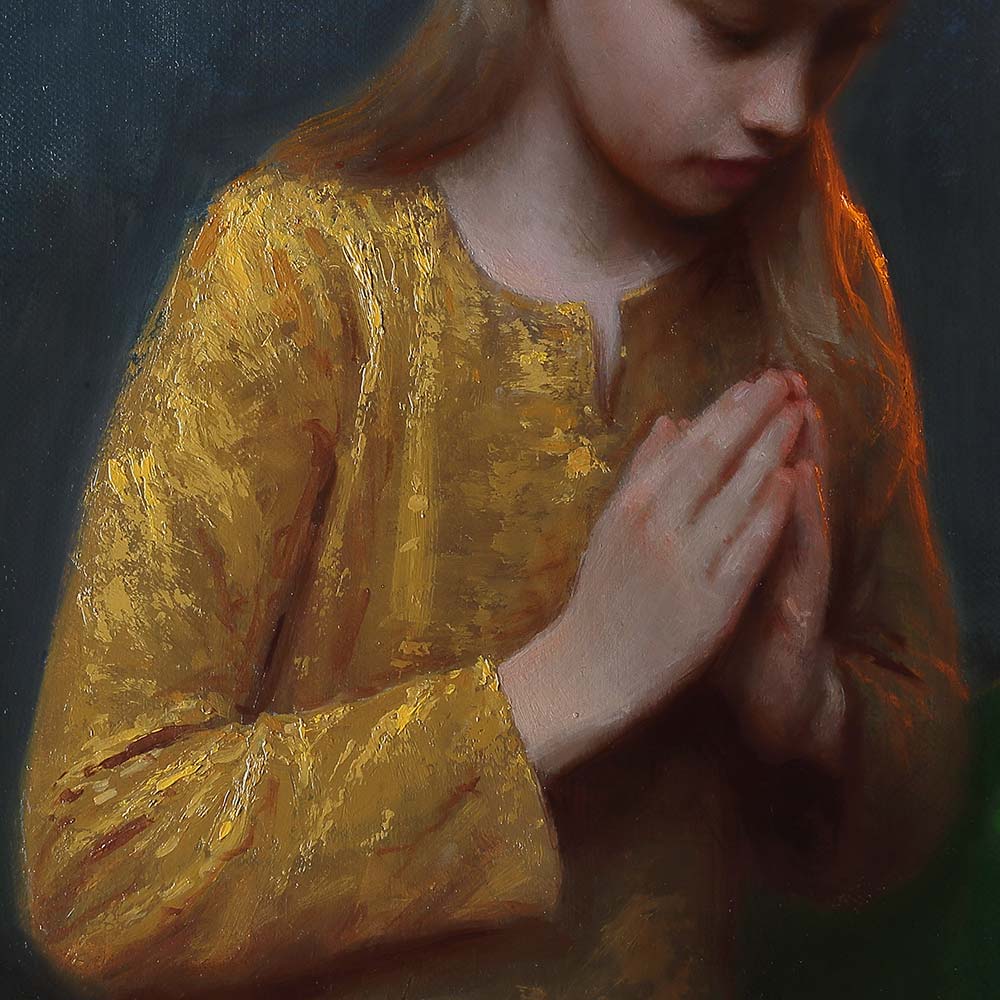 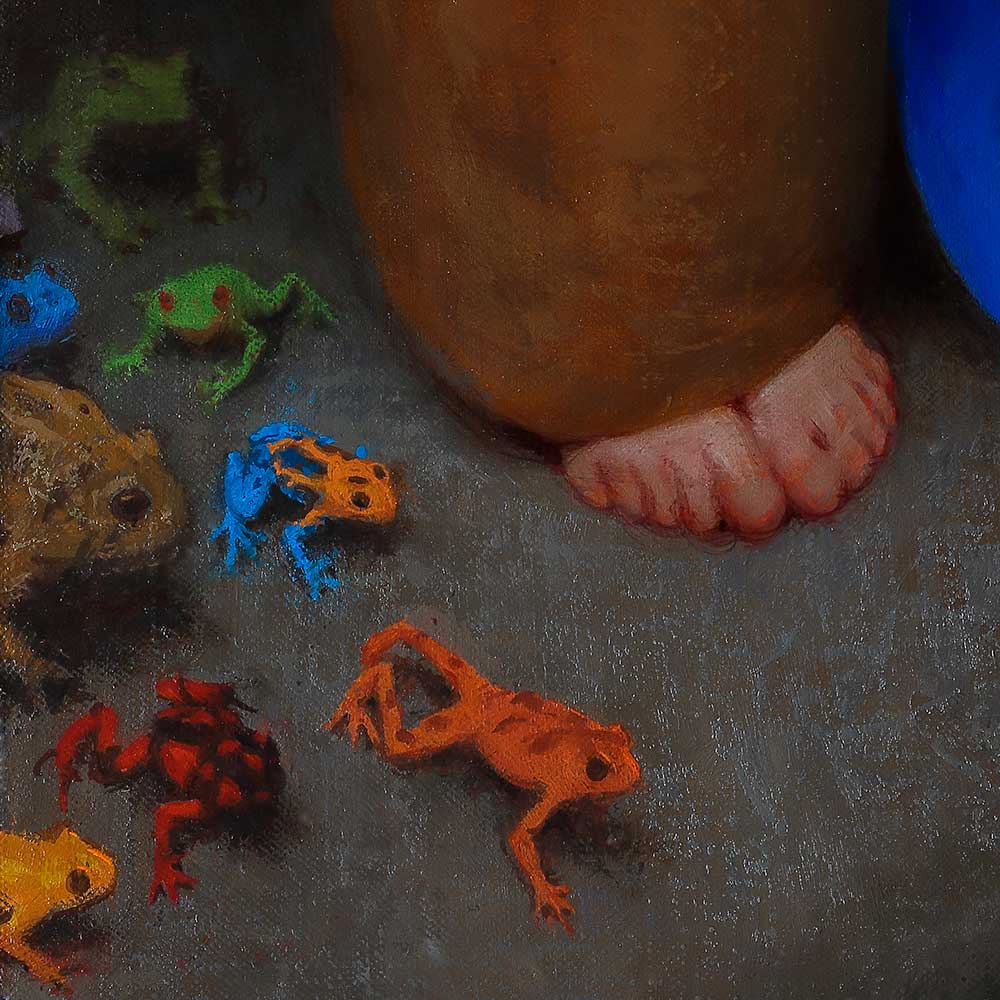