The Book of Genesis records that Adam lived to the ripe old age of nine hundred and thirty. A once-popular story told how, when he died, a seed from the Tree of Life was placed in his mouth as he was being buried. From this seed grew a marvellous tree that, among other things, yielded the wood on which Christ was crucified. The story is most famously illustrated in Piero della Francesca’s cycle of frescos at Arezzo.

I have always been struck by the beauty of this image of human composting, recycling. With the dead, a seed is planted in the dark earth, and life is renewed.

Inspired by Piero, I have tried to paint the Death of Adam several times but never succeeded. It always seems that, though old and tired and ready for oblivion, Adam still has something to say, some final wisdom to impart.

Fontenelle, in his Dialogues of the Dead, places recently departed Moderns in conversation with the heroes of antiquity, debating such topics as the respective merits of ancient and modern life, the doubtfulness of progress, etc. Adam is not a protagonist in these dialogues, but if he were, who should we find to oppose him? I would like the first man to face the last man: their debate, I think, is one which goes on inside all of us from time to time. Sharing the same ultimate fate, perhaps first and last man can eventually draw together and blend once again, dissolved into the same rich compost.

Here Adam stands. His hole is dug and like a seed he is ready to be buried. The earth itself already contains his essence, his essential truth.

He tries to speak of this. 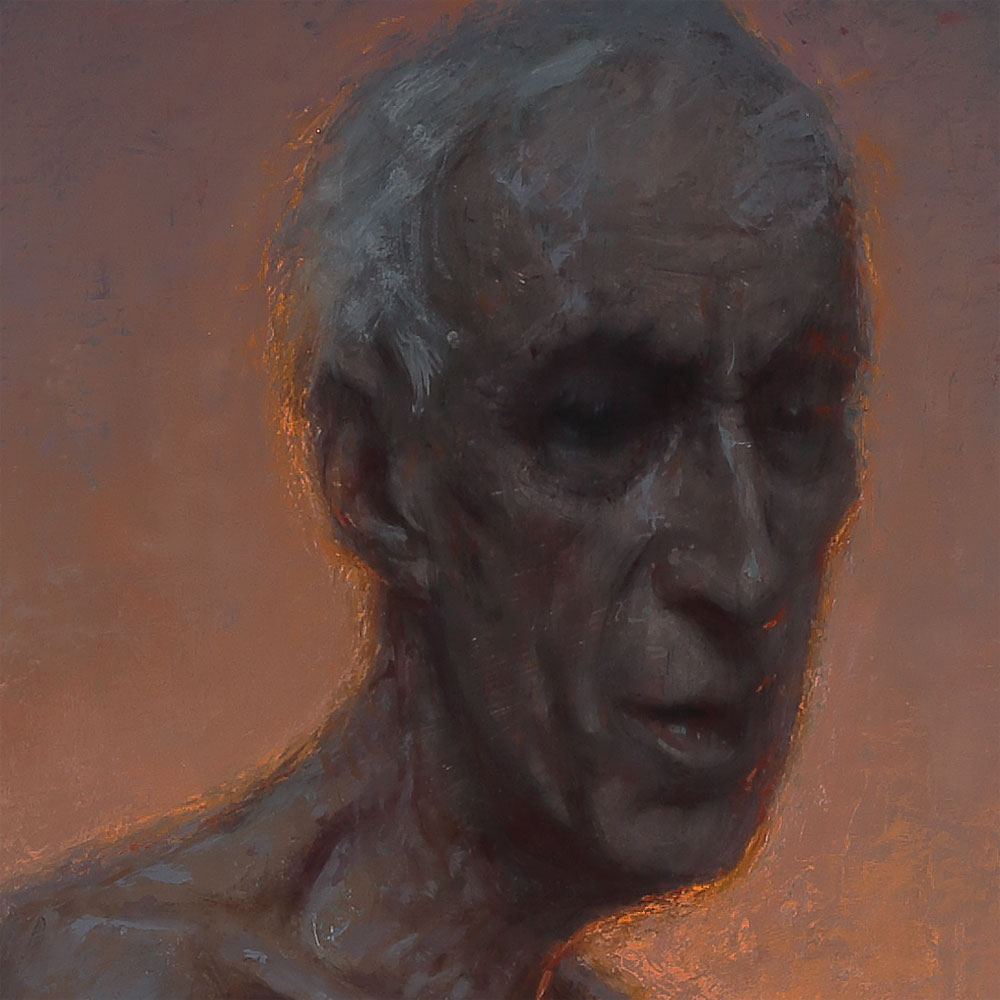 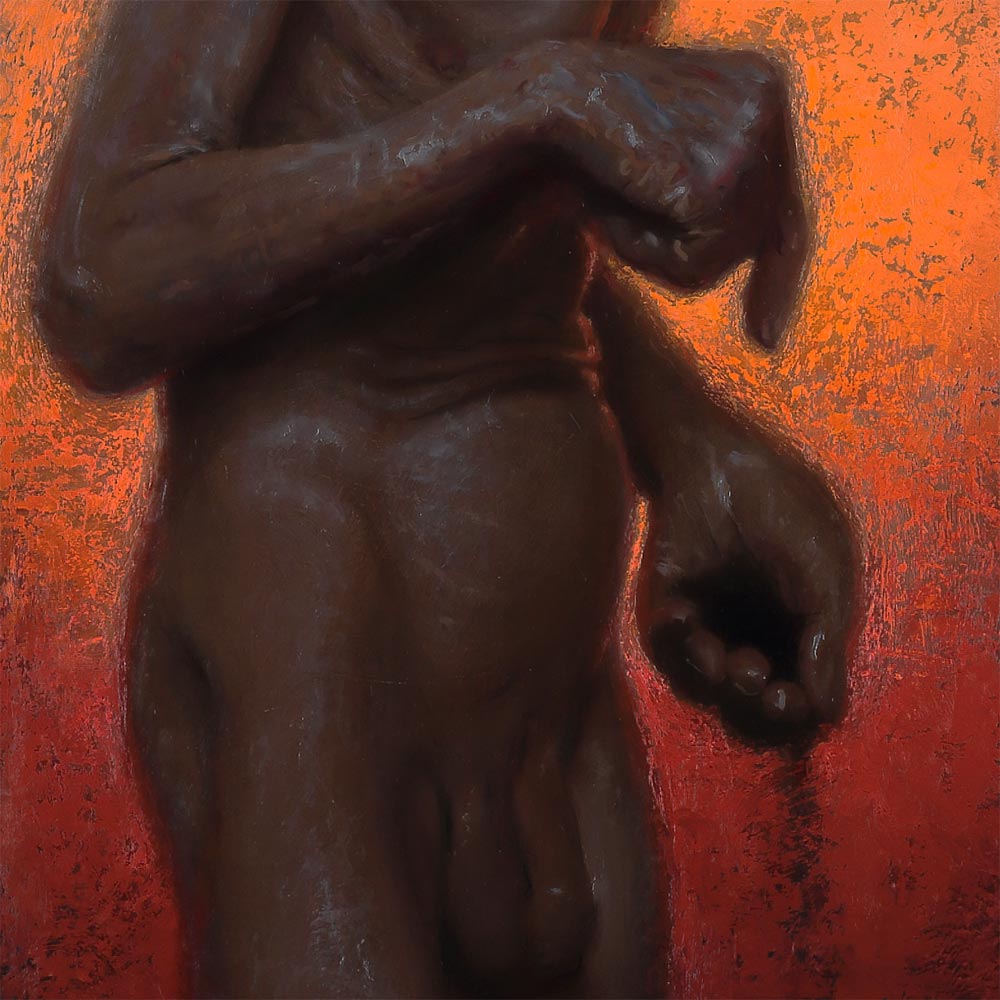