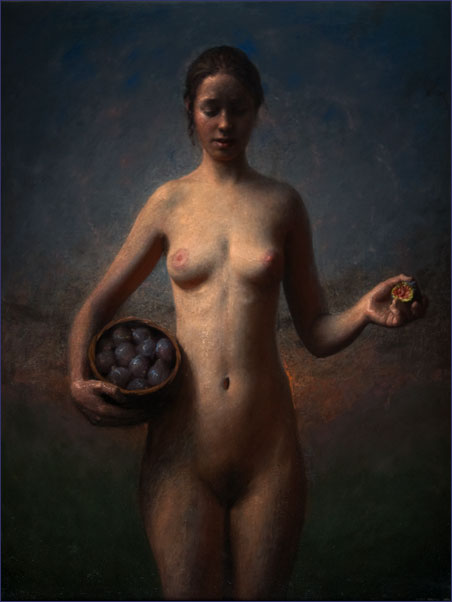 Fruit Picker is an image that evolved from an earlier painting, Allegory of Knowledge, that was itself a re-imagining of the Edenic myth of the Tree of Knowledge. Both paintings include a Venus/Eve figure holding a basket of figs representing the fruit of the tree of knowledge (figs are often used instead of apples in southern European images of the subject).

One image that inspired me was an ancient Egyptian image of people gathering fruit from a fig tree filled with baboons also enjoying its fruit: as an image of harmonious coexistence with nature it struck me as an alternative to the tragedy recounted in Genesis, and the ongoing tragedy of our relations with Mother Nature. That the baboon is the symbol of Thoth, god of wisdom, was an extra windfall.

I think of my picture as, in part, a plea for a different type of relationship with nature. The painting is intended to be frankly sensual and sexual, but nudity and sex are not the subject of the painting: they are metaphors for the ecstacy of insight, as in Neitzsche's aphorism that 'Where the Tree of Knowledge stands you will always find Paradise'.

Part of the borrowing from Egyptian art and other 'primitive' styles is a relatively rigid, frontal, hieratic approach to the pose and composition that is intended on the one hand to give solidity and strength but also to distance and elevate the figure. My hope is to produce an image that is true to nature and frankly sexual but also has a spiritual and religious (if that word isn't too discredited) dimension. I grew up in a religion that denigrated nature and sex, regarding both as tainted with evil. Modern science and capitalism denigrate both religion and nature; preach disillusionment, exploitation. Because of our cultural heritage it's hard for us to put Nature and Sex and Religion together successfully, the way the pagans used to do with their images of Venus, but that's roughly what I'm attempting here. 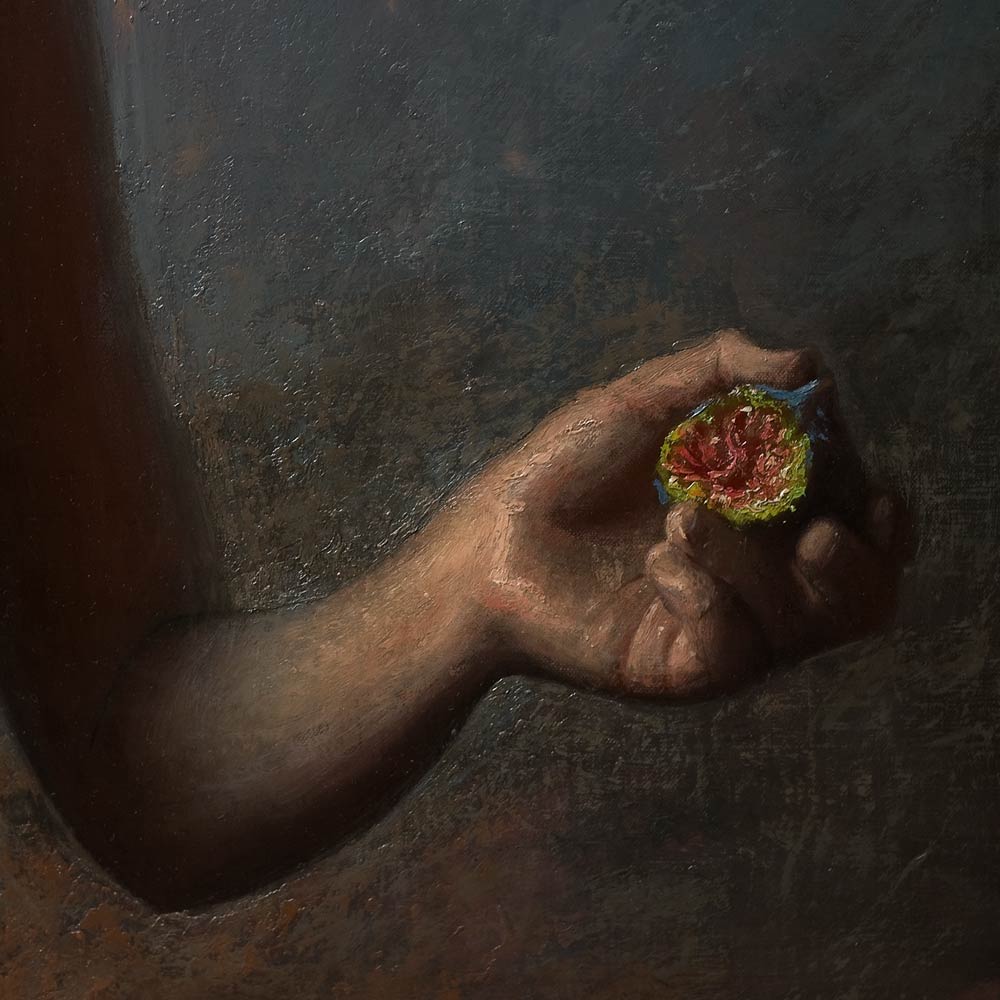