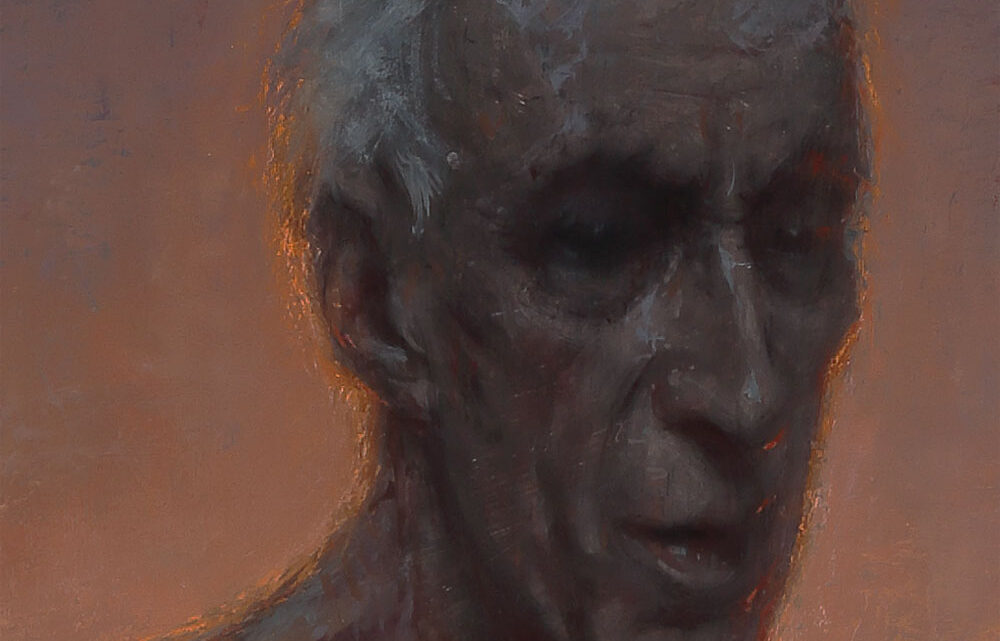 An appreciation of model Frank Stevens

Here’s a small note of appreciation for Frank Stevens, the model and inspiration for so many of my paintings. He modelled for my recently completed ‘Saint Jerome’ which I began twenty years ago, and about which several of you commented with humor on the slowness of my work and that the model was probably dead. Having lost touch with Frank years ago I thought I should check and, sadly, it turned out to be true! He died in 2013, having modelled for me just months previously for my painting ‘Old Adam’.

I first drew Frank while I was still a schoolboy (last photo). He was an amazing model and a lovely man: shy, quiet, small and half blind, he expressed through his body a refined and gentle dignity. An aristocrat by birth, of the Gore Booth family and grand-nephew of Countess Markievitz, he ran away from home as a teenager to avoid painful eye surgery and for a while lived on the streets of London. From the stories he told it seems he spent a lot of his life running away from family and doctors.

Eventually he settled into the business of being an artist’s model (not exactly with his family’s approval) but was much loved by all who drew and painted him. His focus and commitment to stillness was impressive and he accepted the pain of a long hard pose with the utmost professionalism. He sometimes took stoic endurance a bit too far! Once, when I was painting him in a rather cramped studio, he failed to mention that an electric heater intended to keep him warm was too close and actually burning his leg. The resulting burn put him in hospital!

He had a mischievous, anarchic streak, and even in his seventies would perform such stunts as disguising himself with a balaclava and cycling at speed through the aisles of Tesco’s supermarket in Wicklow on a BMX bike – no mean feat for someone half-blind!

He seemed immensely proud of our collaboration in paint and brought his family to see my exhibitions where he featured, I think in order to impress on them the seriousness of our business. I’m glad to have spent time with him, to have painted him, to carry forward his memory in thought and image.